The Estate of Leila Berg 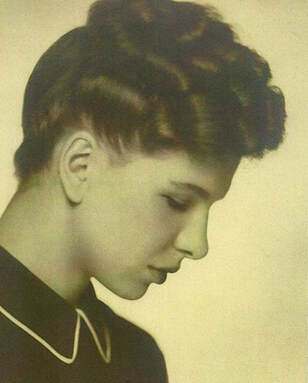 ​
Born in 1917, Leila Berg grew up in a Jewish immigrant neighbourhood in Salford in the 1920s, when the scissors-grinder and the ragman and the bagel-seller still came round the houses, and grandmothers kept barrels of pickled herrings and onions in the living room, and Manchester was full of books and concerts and theatre and films.

As a young adult she associated with members of the popular Young Communist League at the time of the Spanish Civil War (in which she lost two lovers) and eventually joined the movement. Her first job as a journalist was with the British communist paper
The Daily Worker.
.
After the Second World War and the birth of her second child, Leila began writing for children, inspired initially by the child psychologist Susan Isaacs. Her anti-authoritarian and anarchic attitudes, contrasting with the school experiences of her children, led her to an interest in children’s rights, alternative education, and informal teaching methods. She began to meet people like A S Neill, Michael Duane and other progressive education leaders, forming a long-lasting and deep friendship particularly with the American writer and educationist John Holt. This led to books about progressive schooling, and about childhood, such as Risinghill: Death of a Comprehensive, Children’s Rights, Reading and Loving, (available from Routledge)  and Look At Kids.

She wrote many books for children of different ages, and became an editor at Methuen, a well-respected independent publisher in London. Leila’s own books such as Little Pete Stories, Folk Tales, and The Adventures of Chunky, were published under a wide range of imprints. She also edited, and became particularly well-known for, the Nippers and Little Nippers series, many of which she wrote herself, but all of which had a unique character.

In 1974 Leila was awarded the prestigious Eleanor Farjeon Medal in 1974 for her services to children’s literature.  You can read more about her life and work at: