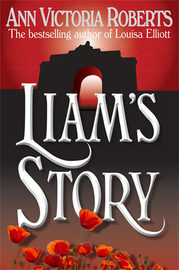 Sea-captain Stephen Elliott finds more than he suspected when he’s drawn into Zoe Clifford’s search for the truth behind faded photographs and a WW1 diary.

Why did Liam Elliott serve with the Australian forces – and who was Georgina Duncannon? As the secrets of two generations of star-crossed lovers come to light, time slips into the past, taking us from York to Australia, Gallipoli and the Somme, and revealing the seductive power of a piercing, impossible affair.

Joining a ship bound for the war-torn Middle East, Stephen is faced with some disturbing parallels between then and now, just as Zoe, alone in London, is discovering the agony of distance, love and loss.

Liam’s haunting presence touches them both, but it takes a near-tragedy to make the message clear: only in the present can the past be healed…