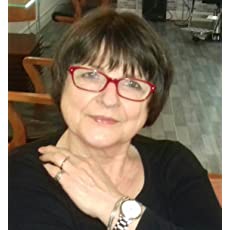 twitter.com/ActScribblerDJ
Madalyn was an actress for more than thirty years, working in repertory theatre, London’s West End, film, television and radio. She now presents radio and writes novels and poetry.
She was brought up in a busy pub in the market town of Lutterworth in Leicestershire. “The pub was a great place for an aspiring actress and writer to live. There were so many wonderful characters to study.” At twenty-four Madalyn gave up a successful hairdressing salon and wig-hire business for a place at E15 Drama College and a career as an actress.
In 2000, with fewer parts available for older actresses, Madalyn taught herself to touch type, completed a two-year course with The Writer's Bureau, and began writing.
After living in London for thirty-six years, she has returned to her home town of Lutterworth,
​swapping two window boxes and a mortgage, for a garden and the freedom to write.

She Casts a Long Shadow, the eighth novel in  the  acclaimed Dudley Sisters Saga,was published in June 2020