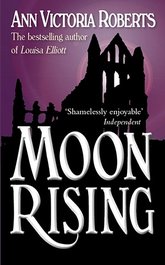 Who was Bram Stoker – and why did he write Dracula?

Through the words of Damaris Sterne, daughter of an old seafaring family, we meet a man escaping to Whitby from the pressures of his life in London. As business manager to the great Shakespearean actor, Henry Irving, life has become intolerable.

As Damaris and Stoker become involved in an intense, dangerous affair, he is introduced to the wild sea, the wrecks, and Whitby’s local legends: all of which find their echoes in his most famous novel, Dracula.

Through Stoker, Damaris is shown glimpses of the wider world beyond, and given the means to pursue her own ambitions. But it is not until twenty years later, when the two meet again, that the truth behind Stoker’s novel emerges… ‘As though, somehow, in writing about evil I had given it life…’

‘Shamelessly enjoyable… shades of the late Mrs Cookson and a dash of Anne Rice.’  Independent

‘An engaging tale… The star of the book is the locale of Whitby, its bustling harbour and brigantines, its damp cottages and smoky inns, its winding stone steps and alleyways, its abbey and windy clifftops are all wonderfully evoked.’ The Times