The Daughters of Hastings Trilogy 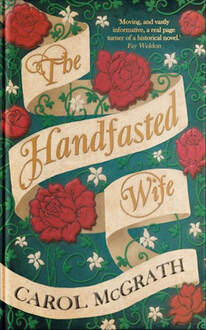 The Handfasted Wife is the story of the Norman Conquest from the perspective of Edith (Elditha) Swanneck, Harold's common-law wife. She is set aside for a political marriage when Harold becomes king in 1066. Determined to protect her children's destinies and control her economic future, she is taken to William's camp when her estate is sacked on the eve of the Battle of Hastings. She later identifies Harold's body on the battlefield and her youngest son becomes a Norman hostage.

Elditha avoids an arranged marriage with a Breton knight by which her son might or might not be given into his care. She makes her own choice and sets out through strife-torn England to seek help from her sons in Dublin. However, events again overtake her.

Harold's mother, Gytha, holds up in her city of Exeter with other aristocratic women, including Elditha's eldest daughter. The girl is at risk, drawing Elditha back to Exeter and resistance. Initially supported by Exeter's burghers the women withstand William's siege. However, after three horrific weeks they negotiate exile and the removal of their treasure. Elditha takes sanctuary in a convent where eventually she is reunited with her hostage son.

It is September 1068. Thea, also known as Gytha, the elder daughter of King Harold II, travels with her brothers and grandmother into exile carrying revenge in her heart. She is soon betrothed to a prince of Kiev. Will her betrothal and marriage bring her happiness, as she confronts enemies from inside and outside Russian territories? Will she prove herself the courageous princess she surely is, win her princely husband's respect and establish her independence in a society protective towards its women?'

'The Betrothed Sister is like one of its own rich embroideries, cut from the cloth of history and stitched with strange and passionate lives.' Emma Darwin 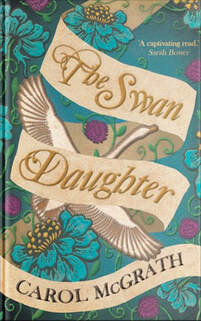 It is 1075 and Dowager Queen Edith has died. Her niece Gunnhild longs to leave Wilton Abbey but is her suitor Breton knight Count Alain of Richmond interested in her inheritance as the daughter of King Harold and Edith Swan-Neck or does he love her for herself?
Is her own love for Count Alain an enduring love or has she made a terrible mistake? The Swan Daughter is woven around a true 11th century tale of elopement, love and courage.