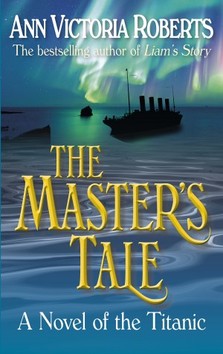 Locked in a place beyond time, only the truth can set Titanic’s Master free.

Haunted by his final voyage, Captain Smith relives his past: the ships he sailed, the women he loved, his rise from humble beginnings to become White Star’s most eminent captain. A lucky man: until an incident with HMS Hawke throws time – and White Star’s plans – into disarray.

Under pressure, Captain Smith agrees to one more voyage. Aboard Titanic the seas are calm but other forces are at work. Fire threatens from below, and ice lies ahead. Amongst the passengers, WT Stead – journalist and psychic – is predicting danger, while a mysterious young woman brings an old love affair to life.

But the past cannot be changed: nor the events of that tragic night in April 1912. Burdened by guilt, Titanic’s Master makes the voyage again, seeking his fatal mistake… 'Memories loom out of the mist like the sails of a schooner, skimming past my bridge with a tangible rush and barely a yard to spare…' Uncovering dramatic and little-known events, Ann Victoria Roberts explores themes of time and coincidence in this haunting novel, based on the life of Captain Edward John Smith.