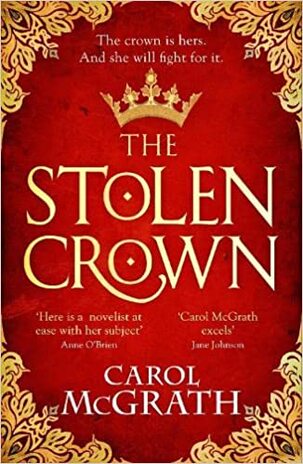 When Princess Matilda is eighteen years old, tragedy strikes the royal family, and she becomes the only child of the king of England - the de facto heir to the throne. As her dying father persuades the barons to pledge allegiance to her, Matilda returns to England - but the lords and clergy do not like an independent woman. And Matilda is nothing if not headstrong . . .

When the old king dies, the country is plunged into instant chaos. So begins a fierce battle between Matilda and her cousin Stephen that will go down in history as a time called 'The Anarchy'.
And Matilda must race across England, evading capture until
she can demand the crown . . .

Available to pre-order on Amazon: