The Estate of Caroline Ashton 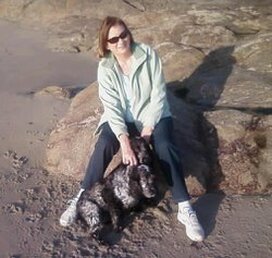 Caroline was born in Durham City but lived in many different parts of the country
before finally settling in Norfolk. Aged eleven, she began writing stories for the
school magazine and continued whenever work, marriage and raising three children
allowed. The character Sarah in her dramatic and exciting  first novel Follow Me, set during Wellington's Peninsular campaign, started life as an exercise during a
creative writing degree with the Open University. Caroline's favourite activity, other than
writing, was walking with her husband and two cocker spaniels.

A prolific novelist in her late sixties and early seventies,  Caroline sadly died very unexpectedly nd suddenly in May 2020,  just six days after her beloved husband died.  She had  recently completed two further new novels and  a short story. All three will be published posthumously.