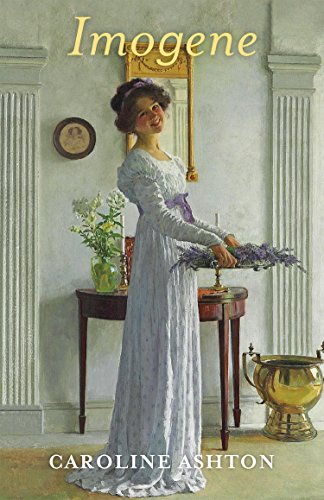 I​mogene de Quincey’s first encounter with Lord Hugo Marston is distinctly unpromising. He is just the sort of rude, disobliging individual to address as ‘damsel’, a young lady of gentle birth, accidentally trapped by the hem of her gown to an overturned gig. Sparkling with fury, she is delighted to see him drive out of her life.
Marston – bored, rich, and disinclined to bestir himself for anyone outside his circle – already regrets visiting the area. Set on returning to his London haunts despite the risk of falling victim to match-making mamas, he dismisses the encounter from his mind.
But neither has reckoned with Imogene’s autocratic Great-aunt Sybille who descends unexpectedly upon the de Quinceys. Deciding that the lovely Imogene deserves a more eligible parti than can be found in rural Suffolk, she offers to give her a London Season. Whisking Imogene off to the residence of her daughter-in-law Honoria, Sybille is mischievously aware that, with four unprepossessing daughters to marry off, Honoria is unlikely to welcome another, far prettier, girl into her household.
She is not mistaken. Honoria is incensed by Imogene’s arrival. The girl’s instant success with the haut ton, including – to his surprise - Hugo Marston, prompts Honoria to scheming and lying, as she attempts to ruin Imogene’s chances with every acceptable man, and with Marston in particular. Will Honoria succeed, or will Imogene’s first season end more happily than anyone could have hoped?

This is the fifth novel in the popular Regency Belle series, and is published in May 2018