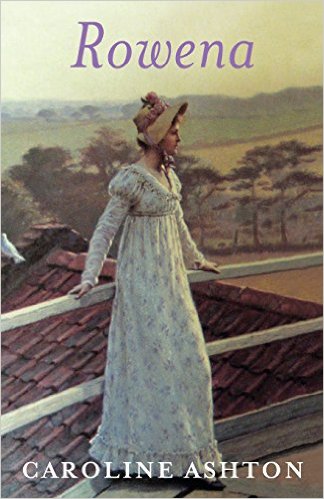 Rowena Harcourt-Spence has a secret known only to her diary. She loves Laurence Radley, the brave and cultured eighth Earl of Conniston.

Their shared pleasure in watching her half-sister Amabelle dance through her first London Season has deepened her love but his inexplicable offer for Amabelle shatters her dream. When her sister indignantly refuses him, their irate father orders Rowena to make her accept. Fearful the Earl might withdraw his offer he further orders Rowena to maintain the Earl’s interest at her aunt, Lady Tiverton’s summer ball.

Burying her sorrow, Rowena determines to obey. She is horrified to find a fellow house guest, the exotic Araminta Neave, daughter of a wealthy East India merchant attracting his attention. Then news arrives that Amabelle has run away. The Earl’s fury alarms Rowena but worse awaits her at home. Endless questions arise. How will she survive another blow? Will Amabelle be found and relent, or will the Earl transfer his affections to Araminta? Is there any hope for her own happiness?
Rowena  is a delightful Regency romance in the tradition of Georgette Heyer and was the first in the Regency Belles series. ​ It is available in ebook and paperback from Amazon here:  amzn.to/290n2S9.