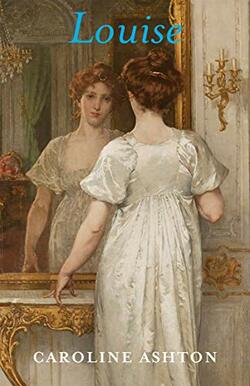 Louise Devreaux has retreated from the curious gaze of London society since her beloved sister Amelia’s elopement three years ago, withdrawing to her family’s country home and its memories of their shared childhood.

She knows nothing of her sister’s new life as her father has banned all mention of her. Nothing, that is, until an autocratic stranger – Sir Ranulph Trent – arrives to tell her that both Amelia and her husband have died.

Reeling from the news, another shock follows. The pair had an infant son, Christopher, and she and Sir Ranulph are named as his guardians.

Louise longs to see Christopher, a last link with Amelia. She is incensed when the impassive Sir Ranulph coolly denies her any part in the child’s future. Determined not to betray her sister’s final act of trust and love, and despite Trent’s furious opposition, she sets off to be with Christopher, unaware of the danger that surrounds him...
​
Louise is the sixth novel in Caroline Ashton’s popular Regency Belles series, following Rowena, Araminta, Harriette,  Beatrice and Imogene all available in ebook and paperback  from Amazon.