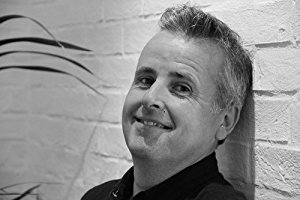 I​
Iestyn's early experience came touring with his country-and-western singer father, Terry Edwards. On variety bills, usually with a troupe of all-singing animal puppets, featuring Ernie Emu belting out 'Anything You Can Do I Can Do Better', and Jessie Giraffe taking her knickers off, four-year-old Iestyn would sing 'Please Help Me'. Aged twelve, Iestyn took up a Hammerstein Chantership at Southwark Cathedral, and later studied singing and piano at Guildhall. He created Madame Galina for Rag Week, and was promptly asked to leave the college. He sang seasons with British Youth Opera and gave recitals at Southwark Cathedral, Loseley Hall and the Chelsea Arts Club.

As Madame Galina he has appeared with Combined Services Entertainment on bases throughout Iraq and Afghanistan, which he has written about in his acclaimed memoir My Tutu Went AWOL. He has also performed at the Royal Opera House Clore Studio, the Barbican, Cafe de Paris, the Tower Ballroom Blackpool, the Hippodrome Leicester Square and at other major theatres countrywide and abroad. He was twice runner-up in the London Cabaret Awards Best Speciality and Best Alternative act categories. He has been published in The Times and The Mail on Sunday. Joanna Lumley chose his recording of 'Tom Bowling' for her second Desert Island Discs programme. Iestyn has also sung privately for all the senior members of the Royal family.