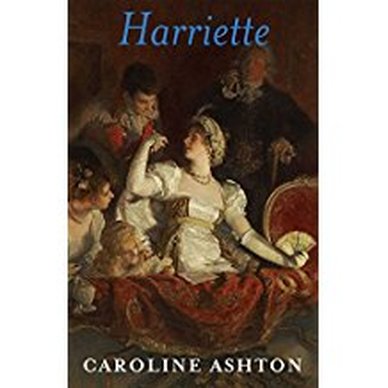 Lady Harriette Foulkes is in love. She fell for Mr Hadley Somerton as soon as he walked into the room. The delightful girl smiling at him so shyly was his ideal woman and he returns her regard.

They know their romance will face a problem. They think it will be Harriette’s autocratic mother, the Marchioness of Tiverton. She is bound to decry their unequal status in society. They are wrong. The stumbling block is Harriette’s brother, Tristan, the Earl of Broxborough. He has lost so much money playing cards that, unable to pay, he has fled the country, leaving his father, the Marquess, to cope..

Gambling debts are debts of honour and must be settled immediately. His lordship draws on his Funds but the sum produced is not enough. Refusing to sell any part of the estate, the only solution left is to marry Harriette to someone rich and ambitious enough, to pay handsomely.

The twice-widowed and unappealing Sir Lancelot Gorsley has three daughters, all still in the schoolroom. He is desperate for a son and willing to sacrifice a considerable portion of his wealth. The terms he offers Lord Tiverton are all his lordship could require. The deal is agreed between them.

Harriette is pressured to accept by Lady Tiverton, saying it is her duty to save the family from ruin and disgrace… but will Harriette herself be saved?

Harriette is the unusual and charming third  novel in the Regency Belle Series, available from Amazon.