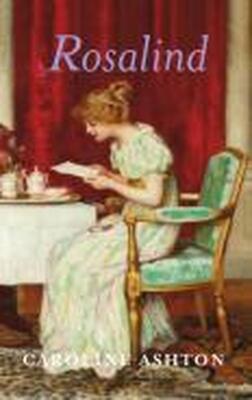 Miss Rosalind Harnes tries hard to be a dutiful daughter. She commits to memory her
Mama’s many strictures on how well-brought up young ladies should behave.
She does not slouch in her chair, nor boast, nor gossip with servants. Nor does she look
young men boldly in the face, apart, that is, from Hugh de Quincey, the eldest brother of her dear friend Imogene.

Rosalind has sighed wistfully over Hugh for a whole Season but he seems immune to her charms, unlike his brother, the splendid Captain Alexander de Quincey. Newly returned
from service in the Peninsular War, Alex is determined to win her hand, not
in the least daunted that she is a Viscount’s daughter whilst he is merely the
second son of a Squire.

Rosalind, never a Toast of the ton, is charmed by his attentions and begins to question her own heart. Alex has every confidence that he will prevail when fate intervenes. An unexpected death means that her father is now the heir to an Earldom. Her Mama’s dreams of a brilliant match for the future Lady Rosalind seem destined to be fulfilled.

Rosalind  is the seventh novel in the bestselling Regency Belles series